In 1988, the Portuguese community of Harrison honored Mayor Frank Rodgers.  The late Romeu Cascaes called a meeting at his home of the Portuguese American Civic Association, the Portuguese Language School of Harrison and Lodge 70 of the Portuguese Continental Union, the associations involved in organizing the tribute and suggested that, with the profit from the dinner, they begin the search for a place where they could establish a Portuguese community center.  At that time, although those present agreed with the idea, they felt it would be difficult to achieve.  For this reason, the plan was tabled and the funds were distributed among the organizations.

In March of 1990, Romeu Cascaes passed away but his dream did not.  At his funeral Mass, the priests of Our Lady of Fatima Church in Newark made an appeal to the community to continue the 3 associations he had founded and for whom he worked so tirelessly, and they responded. It was unanimously agreed that the Portuguese community of Harrison would pay Mr. Cascaes the ultimate tribute – the creation of the Centro Romeu Cascaes.  A committee was named, composed of members of the 3 organizations.  With contributions from each, a building located at 308 William Street was purchased in February 1991 and, since then, a group of good friends have worked together ever since so that the Centro would be not only a location where the organizations could meet but also a place to enjoy the ties of friendship and camaraderie, to celebrate the Portuguese culture and to enrich the community of Harrison. And now, with new facilities at 14 Rodgers Boulevard North, a new chapter is beginning,….. 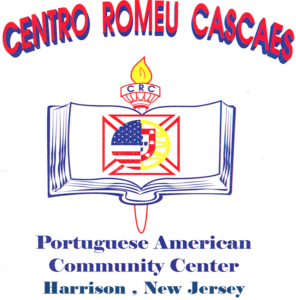