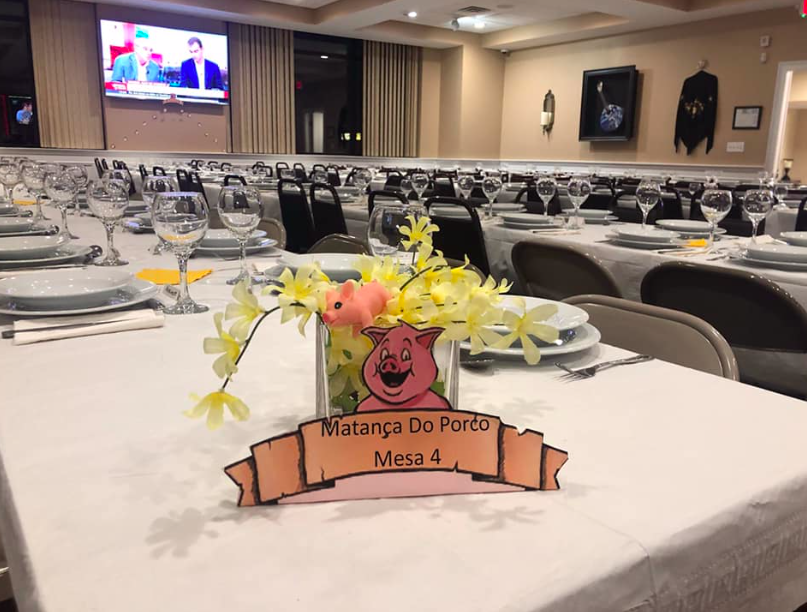 On February 22nd, 2020, the Centro Romeu Cascaes organized the annual “Matança do Porco,” a traditional fall/winter feast that celebrates the slaughtering of a pig. In the past in Portugal, it was uncommon to eat large amounts of meat throughout the year, and families often only had one pig for the entire year. Therefore, families celebrated the “slaughter of the pig” or “Matança do Porco.” The Centro has tried to recreate that ritual (the pig was not slaughtered on location) with a huge party. As written in the Portuguese-American newspaper Luso-Americano, the food was “once again the highlight” of the evening. All in all, everybody enjoyed the gathering. Thank you to all who helped make this event an absolute success.

As seen below, the event was featured on the February 28th edition of the Portuguese-American newspaper Luso-Americano.